Greek connection through The Metcalfe Hall 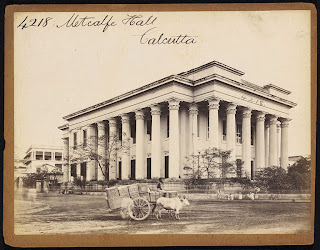 Those who have already seen the ancient Greek temples in Athens, you may also find an interesting item in the Indian city of Kolkata (earlier Calcutta). Actually the Metcalfe Hall of Kolkata is visually similar to the Greek temples. The construction started in 1840 and the it took four years to complete. C K Robinson, the then city magistrate was the architect. Named after Charles T. Metcalfe who was the acting Governor General of  British India. The structure was built to honour his notable work in free press in India.
He also served as the Governor Genenral of Canda and Jamaica.  (http://en.wikipedia.org/wiki/Charles_Metcalfe,_1st_Baron_Metcalfe).

Facing the river Hooghly on the West the building is resting on a solid basement and thirty Corinthian pillars. Because of these pillars the structure looks majestic. 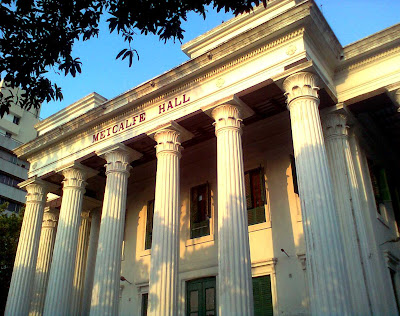 The entrance was originally through the western side over a giant flight of stairs which is closed at the moment. The people access the building through the large portico on the East. 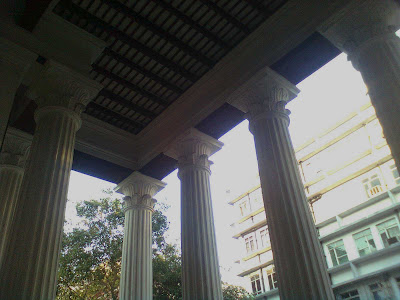 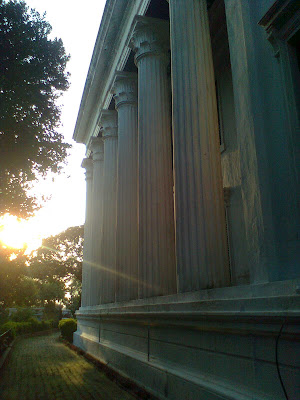 There are two floors in the building. There is an wooden staircase to access the first floor. The annex building of the Asiatic Society is situated at the ground floor of Metcalfe Hall and a museum of the Archaeological Survey Of India (ASI) is on the upper. 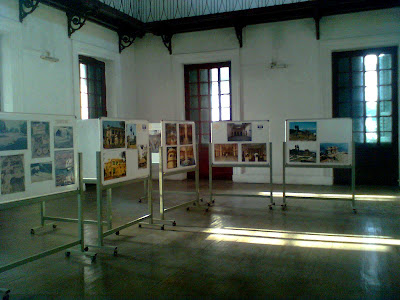 The museum is a small one with only some photographs of the Archaeological Survey Of India's  conservation project in West Bengal as well as Eastern India. The magnificent structure was declared as heritage and restored in the late nineties. The two photographs of the restoration work is given below. 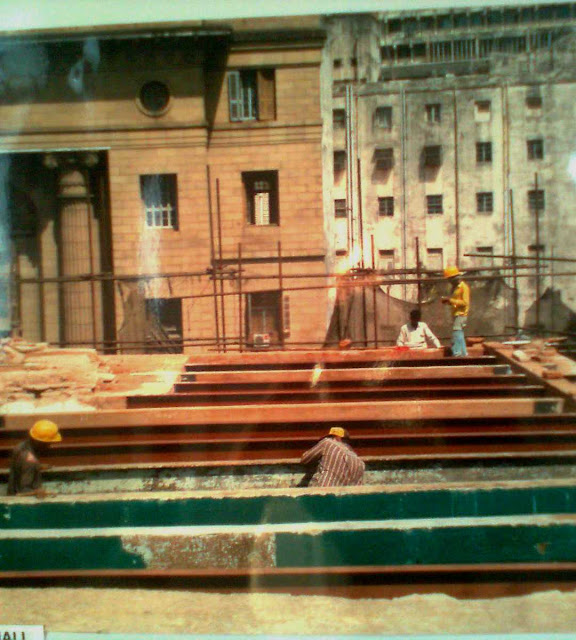 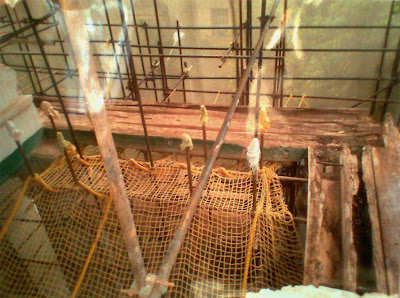 Location-
The building is located at the junction of the Strand Road and the Hare Street. Nearer to the St John's Church.

How to reach-
Nearest metro station is Chandni and it takes around 20 minutes walk to reach Metcalfe Hall.

A few points to remember-

Posted by heritage structures of bengal at 04:19