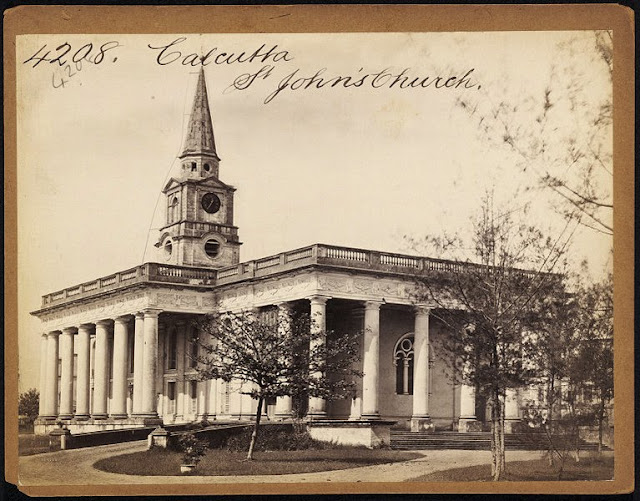 If you are interested to know about St John's church of Kolkata, you need to know something else at first. Here is an interesting information.
Captain James Achillies Kirkpatrick (1764- 15th October 1805) was a colonel in the British East India Company's army (http://en.wikipedia.org/wiki/James_Achilles_Kirkpatrick). He was a resident of Hyderabad. He was very much fond of Indo- Persian culture and popularly known as The White Mughal later on. He was converted to Islam and married Khair- Un- Nissah, a Hyderabadi noblewoman. Khair- Un- Nissah was the grand daughter of the Prime Minister of Hyderabad. James Achillies Kirkpatrick was in the news for his interracial marriage and for his mughal lifestyle which was unusual as a British at the time. William Dalrimple's famous book White Mughals (http://en.wikipedia.org/wiki/White_Mughals) was written on the love affair and the interracial marriage of Kirkpatrick and Khair- Un- Nissah. 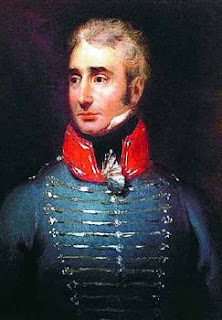 At the end of the autumn 1801 controversy raised on Col. Kirkspatrick's inter-religion marriage with Khair- Un- Nissah. As Lord Wellesley became the new Governor General of British India, downfall of Col. Kirkpatrick started suddenly. Wellesley strongly disapproved British- India liaison. Kirkpatrick was asked to come to Calcutta, the then capital of India and was dismissed from his service later on. James Achillies Kirkpatrick, The White Mughal died in Calcutta due to ill health on 15th October 1805.  There is a memorial of Colonel James Achillies Kirkpatrick at St John's Church, Calcutta. He was buried at North Park Street cemetery but neither the cemetery nor the grave of Kirkpatrick exists now. 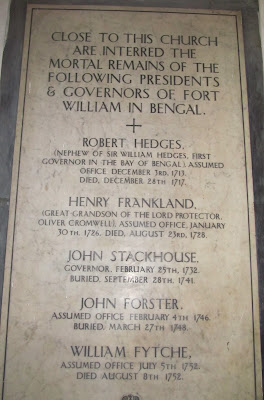 There are some other memorials also inside the church (Above photo). Marquees of Canning memorial is also here in this church. 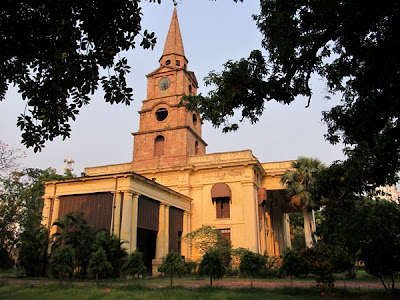 It was one of the first public building erected by the British East India Company in India. The the construction was started in 1784 and and opened to the public 1787. It took Rs. 30000 for construction which was raised by public lottery. Maharaja Nabo Kishen Bahadur, the founder of Sovabazar Raj family donated the land. Warren Hastings, the governor general of East India Company in India laid the foundation stone on 6th April 1784. The plaque is still there. 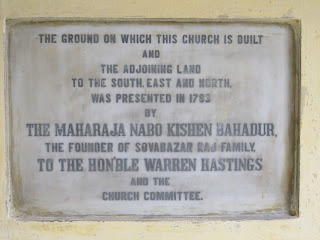 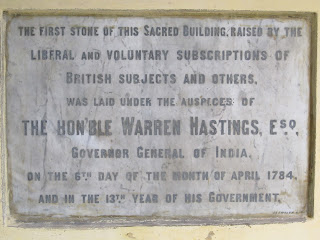 Millitary engineer James Agg of Bengal Engineers was the architect. It was almost a simple replica of St Martin's-in-the-field (http://en.wikipedia.org/wiki/St_Martin-in-the-Fields) in London.  It was built in neoclassical style. It was a combined structure of brick and stone. The spire is 174 feet high. It was built with stone blocks. Stone was not locally available building material at the 18th century. Stone blocks were collected from the medieval structures at Gour and were brought at Calcutta through the Hoogly river. 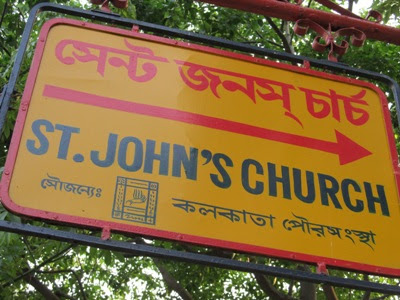 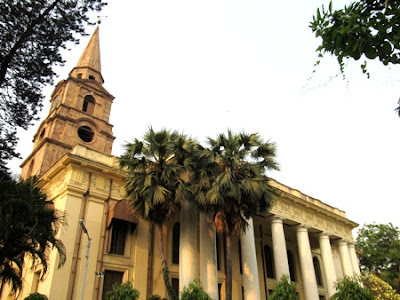 The veranda was added only on 1811. The structure resting upon tall columns from inside as well as outside. The Blue- Green floor is a rare one. Stones for the floor brought from the medieval structures of Gour. 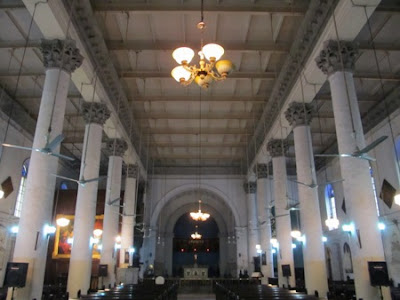 Stained glass windows definitely added some value to the structure. The interior is well maintained. 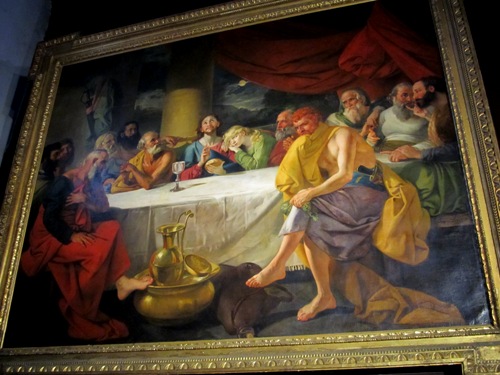 Painting-
There is a oil painting at the wall of St John's church. German born British painter Johann Joffany was the painter.
War memorial at the church's compound-(http://en.wikipedia.org/wiki/Second_Rohilla_War) 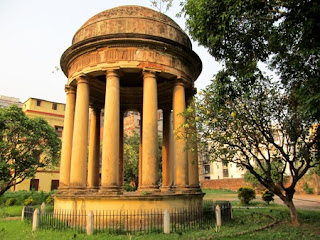 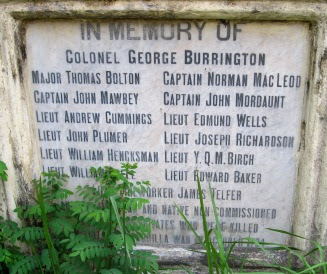 There is a war memorial of second Rohilla war at the premises of the St John's church.

It was built in the memory of seventeen military personnel of the British East India company died in the second Rohilla war.
Job Charnock's mauselum- (http://en.wikipedia.org/wiki/Job_Charnock) 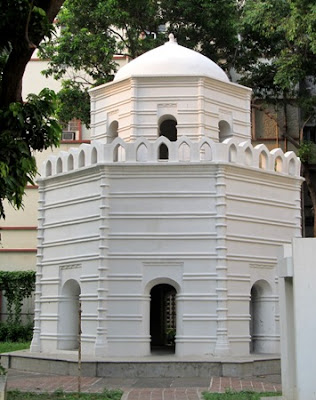 Actually St John's church was built on a graveyard. Job Charnock who was believed as the founder of the city of Calcutta was buried here at the premises. At the North Western corner there is an octagonal structure on Moorish style. It was built by Job Charnock's son in law Charles Iyer. Charnock's wife and daughter was also buried here. The epitaph is in Latin. The entire structure is well protected and preserved.
Black hole memorial- (http://en.wikipedia.org/wiki/Black_Hole_of_Calcutta) 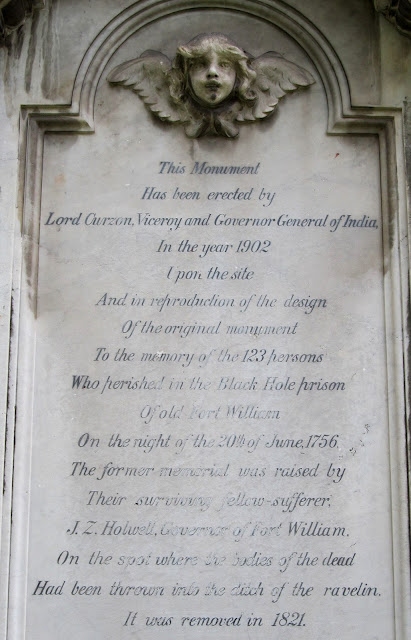