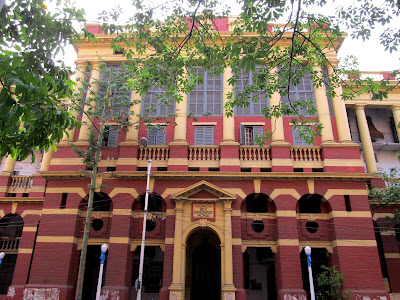 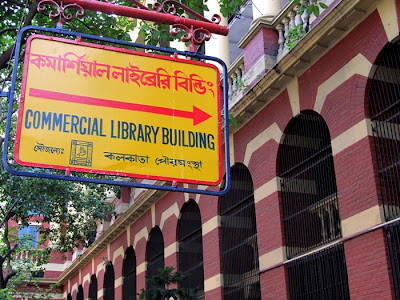 Located at the crossing of Council House Street and Hare Street the gorgeously beautiful structure was built in the year 1911 when the capital of British India was shifted to Delhi from Calcutta.

Lord Curzon, the Governor  General of the British India established this building which was originally used as the office of the Imperial Department of Commerce and Industries in the undivided India. 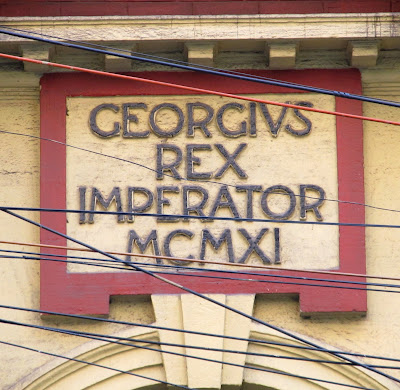 Officially it is known as Commercial Library of the DGCI (Director General of Commercial Intelligence). Actually the library was set up in 1914 and started functioning in 1916.

The large building with long circular pillars and triangular pediments with neo-classical features represents the authority of the British era.

It is nicely maintained nowadays. But the history of this elaborate structure is not widely known and is not easily available.