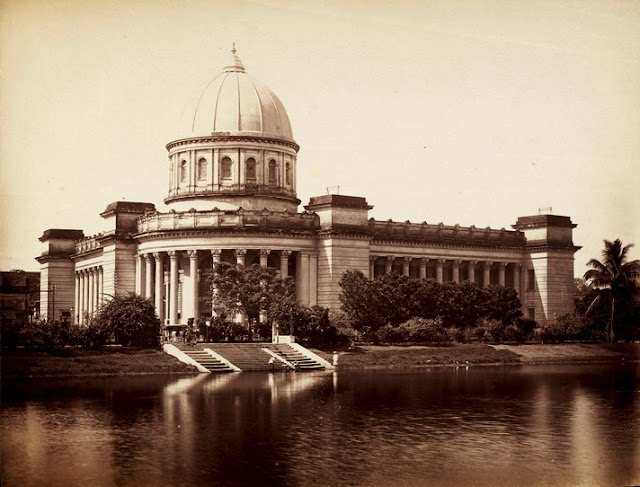 The GPO (General Post Office) Building in Calcutta was built in 1864. Actually the infamous building is located at the site of the old fort william which was destroyed after Siraj Ud Daullah, the Nawab of Bengal seized Calcutta in 1756. It was believed that the 'black hole incident' took place here at the old Fort William. (http://en.wikipedia.org/wiki/General_Post_Office,_Kolkata)
. 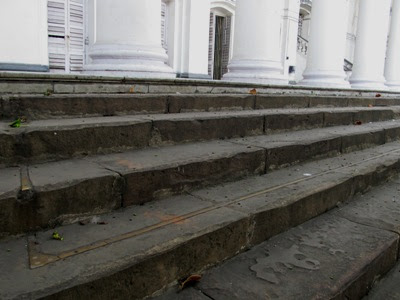 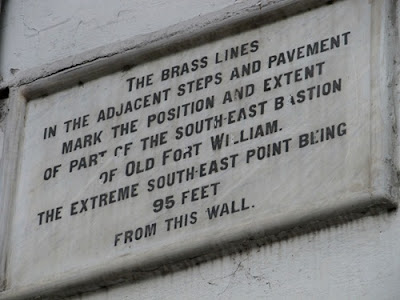 A thin brass plate along the Eastern staircase of the GPO building  marks the easternmost part of old Fort William building which was destroyed earlier (see left).
Recently a marble plaque has been put on the eastern side of the wall to mention the brass plate (see photograph).


Walter B. Granville was the architect of the building. A magnificent structure with 220 feet dome sup[ported with Corinthian pillars is a major attraction and almost one of the landmarks in  Kolkata. It took Rs. 6,50,000 to construct the building. 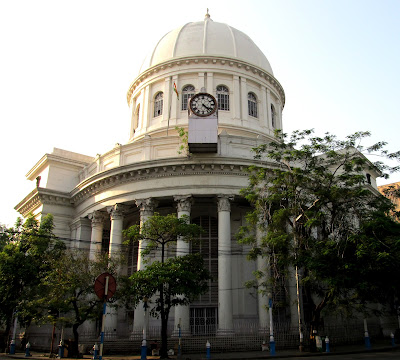 The building housed the philatelic museum, the only this kind of museums in West Bengal till date.
Address-
79-B Dalhousie Square
Kolkata G.P.O., Kolkata700001
Location- Near Writer's building in BBD Bag. 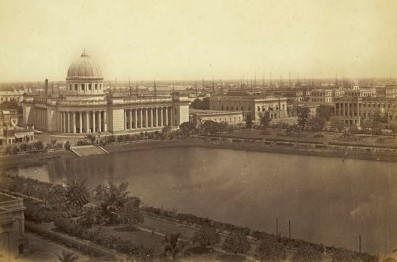 Posted by heritage structures of bengal at 06:42